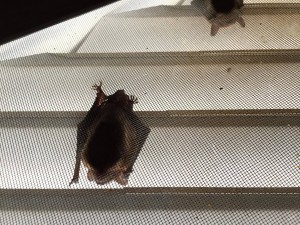 If you find bats in your Little Rock home, don’t worry. While bats do not actually suck your blood they can take up residence in your home. The insects that are attracted to your outdoor lights also attract bats, however these bats are doing you a favor, they are feeding on the hundreds of insects buzzing around your house. Thus, a bat or two hanging under your porch or carport are most likely just resting between feedings, typically if left alone these bats won’t bother anyone.

Finding bats in the attic of your Little Rock home can be a problem. We can help with that. Usually a lone bat can find its own way out. If you open all the windows and doors and leave it alone it may leave. Repeated occurrences of bats inside a building through mid to late summer can indicate that a colony has taken up residence nearby. Bat colonies in your building can go unnoticed for years! Left alone a bat colony can cause a great deal of damage.