Nothing but nothing smells worst than a dead animal inside your home, either in the ceiling, floor, wall or under the house the stench is awful. I will provide you some really good resources here with professional wildlife control operators from around the country. The first stop is HERE with Dead Deer Removal Unfortunately, city government will not pick up a dead deer from your yard, or property, they will only remove it if it is located within the right away of the road. Deer get hit on the road much too often and have so much adrenalin pumping they can run several hundred yards before collapsing.

If you have a dead animal and you smell a Dead Animal Smell then read how this company handles the situation Urban Wildlife Control Dead Animal Removal Dead animal smell in house can attract all types of insects and disease, not to mention other nuisance animals which hope to feed on the carcass. Of course, the smell and/or sight are also offensive. If an animal has died on your property and you do not wish to dispose of it yourself due to health concerns or other reasons, Urban Wildlife Control can remove it for you and dispose of it in a proper manner, for a service fee. If dead animal removal is required from within the structure of your home or office we can find its location and attempt to remove it. This may involve some demolition, for example, cutting the drywall of a ceiling or wall in which a dead rodent is located. 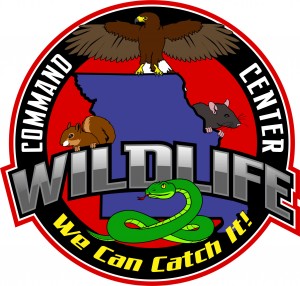 Another consideration is cost, this company offers Affordable Dead Animal Removal We remove and pick up dead animals from Residential & Commercial properties, whether its a dead deer, dead dogs, dead opossums, dead rats, dead mice, dead raccoons, dead birds, dead cats, dead pets, dead animals in pools, in walls, in attics, in crawlspaces, we can remove efficiently and at an affordable price. If its dead trust our professional dead animal odor control and removal service. We can locate the source of the stench and deodorize it in a timely manner. Same day service available.

The professionals at Animal Pros handle Dead Animal Removal like this. One of the first concerns when a wild animal dies in your home is the odor. Wild animals typically like to hide away in small crawl spaces, attics, or walls. When the animals dies, it will start to decay and attract other pesky creatures into your home. Actually finding and retrieving the dead animal can prove difficult, and many home owners prefer to leave it up to a professional.

One of the very best sites I like is here Dead Animal Size of Animal: A larger animal means more decaying flesh, which means a stronger odor. A dead possum has a stronger odor than a dead mouse. Animal Species: Different animals actually have different odors as they decay. Rats are particularly foul, per body weight.

Dead Deer Removal fuels fight Whatever happened to putting them in the back of a pickup and burying them? Those days are gone, at least when it comes removing dead deer from the side of the road. The state’s Department of Transportation spends an average of $200,000 a year for contractors to remove to carcasses from its roads. Who Should Remove Road Kill? 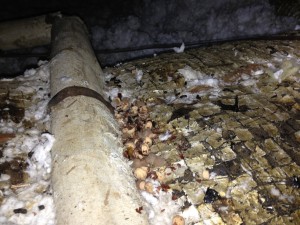 If you are going to do it yourself you should read up on Dead Animal Disposal As a wildlife removal expert, I’m often called to remove dead animals from property. Sometimes it’s simple, such as when a raccoon or opossum dies in a yard. Sometimes it’s more complex, such as when a rat dies in the walls, or a squirrel dies in the attic. Every now and then, people actually call me to remove their deceased dog or cat. So, how does one properly dispose of the animal carcass? Burial: You can bury the dead body on your property. If it’s a pet, you may want to put it in a box (pet coffin) for sentimental reasons. Or you can just lay the body in the ground. I recommend digging a hole at least two feet deep, to prevent scavengers from digging it up. You can also lay stones over the spot to prevent digging. Incineration: If you have access to an incinerator, you can cremate the body. This is how the local animal shelter probably does it. Since you don’t own an incinerator, you could attempt a really big bonfire, but I doubt you’ll do that. Bring It To Animal Services: Call your local animal services (click my map for the phone number in your county) and ask if they can accept a dead animal body for proper disposal. Throw It Out: Your local garbage service might well take a dead body, though perhaps they’ll discourage it, especially if the animal is large. But a mouse, rat, or even squirrel should not be any problem. www.wildlifecommandcenter.com.

Want to know about Dead Animal Disposal Laws in Missouri?

How to Properly Dispose of a Dead Animal by Life Hacker. If at all possible, don’t touch a dead animal or at least wear gloves. For small animals like a dead bird on your porch, you can use a shovel to pick it up and place in a plastic bag. It’s best to avoid wild animals found dead on the road—report these to your local or state health department or local police department.