Groundhog droppings
Woodchucks defecate in toilet chambers they dig underground. If you find droppings on your property they maybe from an animal other than woodchucks. Like most rodent type animals the droppings or scat is elongated ovals. Woodchucks belong to the family Sciuridae (the squirrel family) and are related to other “marmots” that occur in the western United States. They are a stocky animal with a relatively flat head, blunt muzzle, short legs, and a bushy tail. Their fur is yellowish-gray brown to blackish with the underside often lighter. Woodchucks have small ears and large black eyes. Woodchucks weigh seven to 14 pounds. Males are typically larger than females. Woodchucks are approximately 20 to 25 inches long, including the tail. 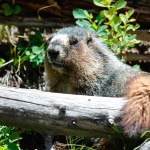 Groundhog or Marmot, Whistle-pig or what ever you want to call them

Groundhog elimination can begin with a good trapping plan, knowing what they eat will help/aide in their capture. Woodchucks feed primarily on plants such as clovers, grasses, ferns, leaves of bushes and trees, and fruit. In early spring, they eat bark and small branches before the new plant growth emerges. If they have access to garden and field crops they will eat beans, peas, carrot tops, alfalfa and soybeans. They also occasionally eat snails, insects, eggs and young birds. They are also known to climb trees to reach buds and leaves. An adult woodchuck can consume one to one and a half pounds of vegetation per day. Choosing good bait like will get your groundhog in the trap, make sure you have a very good trap like the ones made by HavaHeart 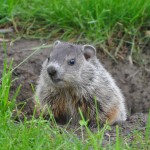 Groundhog extermination is sometimes frowned upon, some states allow groundhogs, marmots and woodchucks to be relocated. St Louis Missouri is an area where the state of Missouri frowns on relocation of any quadruped. That being said you should consider hiring a professional company like the ones listed here. Groundhog Removal Companies

Groundhog industrial removal, Groundhog pest and Groundhog pest control are all terms used by a lot of different companies but researching the problem is the first step in any elimination program Groundhog Research 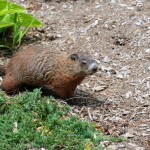 How to get rid of a Groundhog or Woodchuck in St Louis, Missouri
February 25, 2015
Quick Response Form
Go to Top